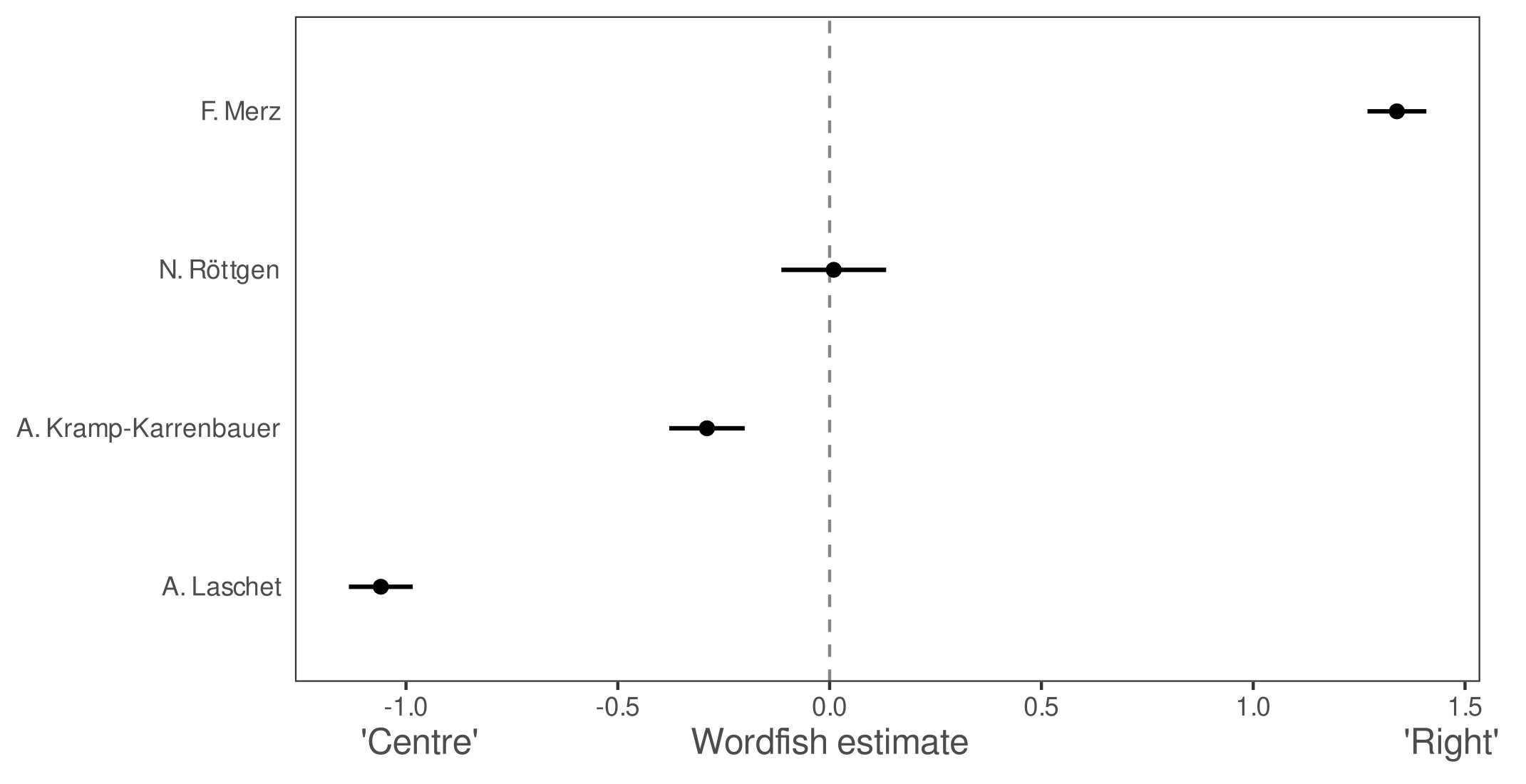 Why the CDU's leadership election may hurt the party at the upcoming German Federal Election.

This is a shortened translation of a recent Blogpost with the German Political Science Association on the CDU leadership election. The full German blogpost can be found here.

At its 33rd party conference, the CDU has elected Armin Laschet as its new chairman. But what impact will the competition for leadership within the party have on the perception of the party and on the CDU’s election results in the upcoming German Federal Election in September 2021? While the profile of party leaders is of increasing importance for the electoral behavior of voters’, a new study by Florence So (2020) shows that the public competition for the party leadership in governing parties such as the CDU leads to declining vote shares in the next general election.

Changes in the leadership of political parties often present them with an important decision on the programmatic future of the party, this decision can in principle also have an impact on voters and their perception of the party. In principle, the election of a new party leader offers parties an opportunity to adapt to the current public opinion among the electorate and to increase voters’ awareness of the party. Empirical findings show that a change in the leadership of opposition parties offers them the opportunity to reposition themselves because it causes voters to reassess the ideological position of opposition parties. For governing parties, on the other hand, the election of a new party executive has no effect on their ideological perception. This is because, in contrast to opposition parties, voters evaluate parties in government primarily on the basis of their government work, in which they continuously provide information about the party’s ideological position. Consequently, it can be expected that the change at the top of the CDU party will not lead to a significant reassessment of the CDU by voters.

New empirical findings by So (2020) from several European countries, including Germany, also show that after several candidates compete for the executive post in governing parties, the vote share of government parties is reduced in the following parliamentary election. This can be attributed to the disunity within the party, which becomes publicly visible when several candidates with different ideological positions compete for the leadership position. While the public expression of internal differences over the ideological orientation of the party is less problematic for opposition parties, the expression of internal differences is a disadvantage for parties in government. This is because internal party disputes demonstrably damage the voters’ assessment of a party’s competence. Because the quality of government work is paramount in the evaluation of parties in government, damage to competence is particularly detrimental to them. In other words, the CDU’s focus on the dispute over direction within the party jeopardizes its perception as an effective governing party.

But to what extent did the three candidates for the party presidency even publicly discuss substantive differences that would have a negative effect on the party’s future share of the vote? To answer this question, I use a quantitative text analysis (Wordfish) in which the substantive positions in the candidates’ applications are differentiated on the basis of the frequency of words used. The number of words used by candidates is compared to a statistically expected usage. Candidates who use certain words disproportionately often are assigned different positions. The candidates’ positions are also mapped on a scale in which the two candidates with the most different word usage, and thus the presumably strongest difference in content, form the extremes. As a basis, this analysis uses the candidacies of the three candidates in the CDU candidate profiles and the political programs on the personal websites of Armin Laschet, Friedrich Merz and Norbert Röttgen. For comparison, the candidacy speech of Annegret Kramp-Karrenbauer (AKK) at the 31st party conference of the CDU of 2019 was also included. For better comparability over time, direct references to Covid-19 were not included. Due to the large number of topic areas in the candidates’ applications, it can be assumed that the result of the Wordfish analysis roughly reflects the ‘left-right’ economic policy dimension.

The results of the Wordfish analysis are shown above on a dimension that likely correspond to a left-right dimension from ‘center’ to ‘right’. It is clear that the candidates for the party chairmanship were engaged in an intraparty competition between a centrist course, represented by Armin Laschet, and a realignment to the right, represented by Friedrich Merz. Between these two positions we can locate the agenda of Norbert Röttgen, which in terms of its content most closely resembled AKK’s application in the competition for the party chairmanship in 2018 in terms. Furthermore, it can be seen that in comparison with the position of the previous chair AKK, Friedrich Merz represented the most signifcant realignment of the party. Based on the clear differences in content between the executive board candidates, it can be assumed that this contest for the party chairmanship will also have a negative effect on the CDU’s share of the vote.

The selection of party leaders, which regularly become leading candidates of their parties in parliamentary elections, is becoming increasingly important in political parties due to their prominent role in the election campaign. Given this prominent role, it is rational for parties to hold competitive leadership elections to select the best candidate for the job. Empirical findings show, however, that such an internal focus can have negative consequences for the electoral success of governing parties and thus confronts them with a trade-off. A theoretical solution to this trade-off could be the pre-selection of ideologically relatively similar candidates by party elites, who could then publicly compete against each other for the presidency with a stronger focus on their personal competencies, therefore, reducing signals of intra-party disunity.