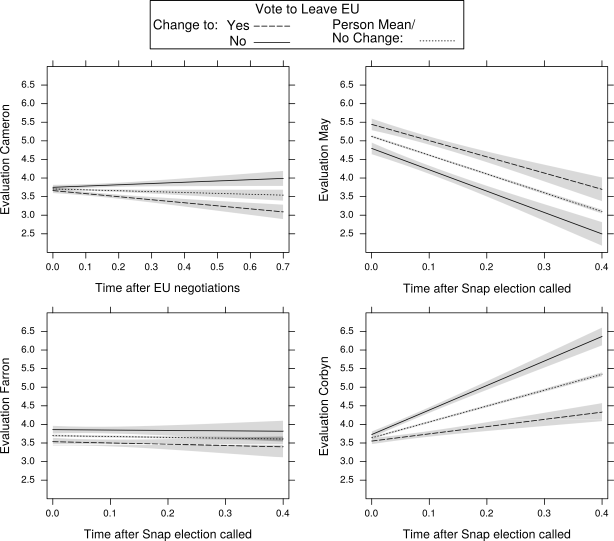 The Effect of Voters’ Economic Perception, Brexit and Campaigns on the Evaluation of Party Leaders over Time.

I find that campaigns play a significant role and that voters’ stance on Brexit has a considerable effect that varies over time. In addition, voters hold party leaders holding the office of prime minister accountable for bad economic performance. This effect is stronger during election campaigns. These findings have important implications for the personalisation of politics and further explain campaign dynamics in the 2017 general election.