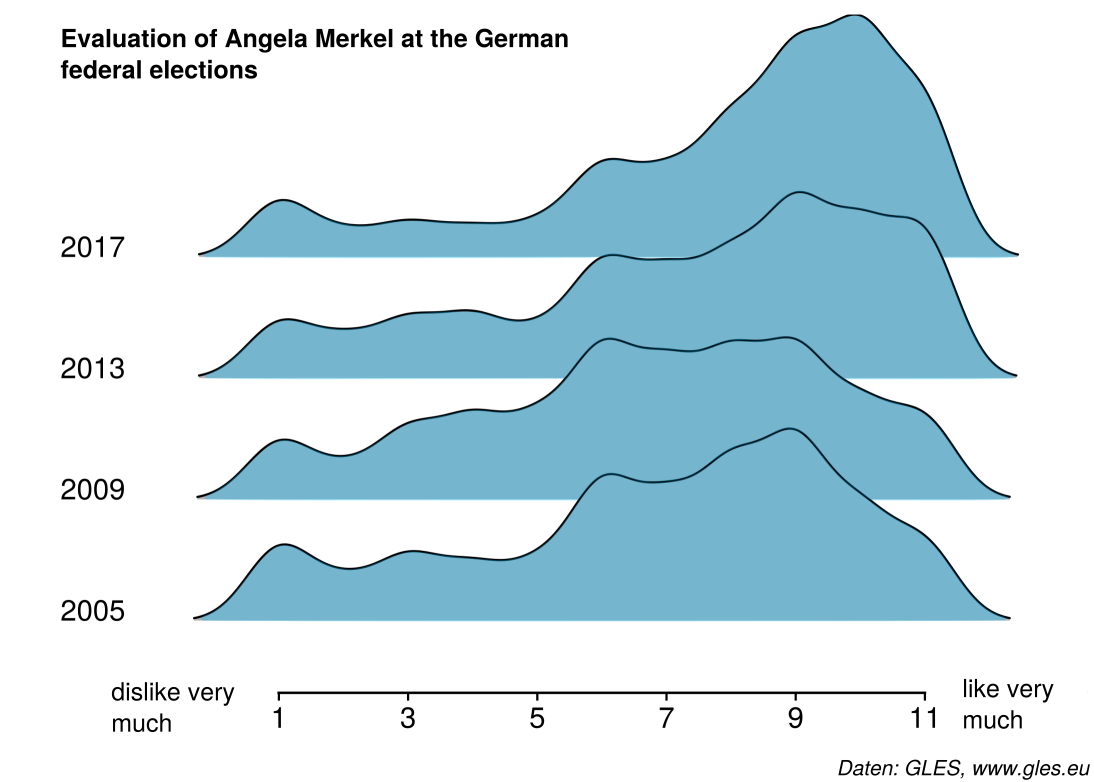 Dr. Merkel or: How the German Left Learned to Stop Worrying and Like the Chancellor

In March 2018 the German parliament once again elected Angela Merkel as chancellor. In her fourth term Merkel leads another ‘grand coalition’ consisting of Union and the SPD. After the Union’s vote share declined by 8.7% in the recent federal election one would assume that Merkel had been less popular than in previous elections. Furthermore the radical right Alternative for Germany (AfD) frequently portraits Merkel negatively. How has the public perception of Merkel changed during her 12 years in office? I used data from the German Longitudinal Elections Study and from Schmitt-Beck & Faas (2009) to look at voters’ evaluation of Merkel over time.
The figure below shows how voters’ thermometer evaluations of Merkel are distributed by party identification and over time.